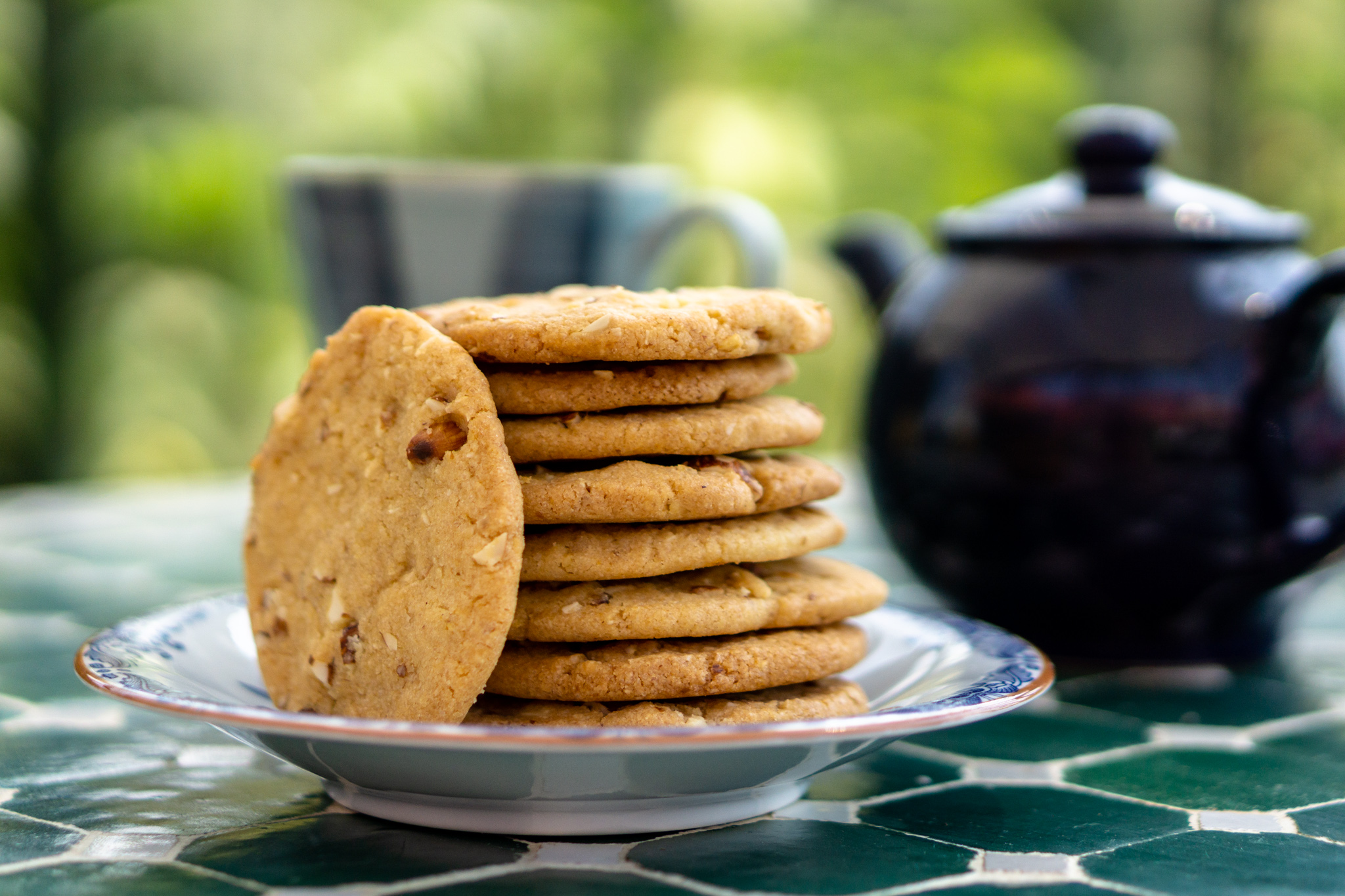 Swedish farmer cookies — bondkakor — both look and sound modest. Nothing special, surely? But don’t be fooled.

On a November Thursday in 1954, the press gathered to see the brand new, modern kitchen at the royal palace of Drottningholm. In contrast with the large banquette kitchen, this everyday kitchen had barely seen any modernizations since the turn of the century. Even after the renovations, unusual details remained — including a circular window fit for a cannon. The proud cook Jenny Andersson showed the journalists around, accompanied by her staff of five, the distinguished professor Ivar Tengbom (who drew the Stockholm Concert Hall), and architect Ragnar Jonsson.

The pale green kitchen shines, stocked with the latest equipment (and a massive old stone trough the cook couldn’t bear parting from). Finally, the old wood stove had been kicked out and was replaced by no less than two stoves — one gas, one electric. With this brilliant new equipment, what is a royal cook’s first inclination? Apparently, to make bondkakor to offer the king and queen when they returned home from travels. Oh, who wouldn’t want to be welcomed back home in that way?

So, if you start printing t-shirts — “Live like a king. Eat farmer cookies.” — remember who told you and send me one…

Bondkakor rightly deserves a place in the constellation “seven types of cookies”. Two components are important; almonds, and golden syrup. The almonds add flavor and crunch, and the golden syrup, or ljus sirap, makes the cookies slightly chewy, with hints of caramel.

With that definition, farmer cookies seem to make a first appearance in newspaper Svenska Dagbladet in 1939 but not until 1954 in Dagens Nyheter.

Consulting the bookshelf, I’ve found the first appearance of the recipe in the 1932 edition of Prinsessornas kokbok. The recipe suggests washing the butter first if it is salty — I say, keep the salt of today’s butters.

Compared to the recipe in the first edition of Sju sorters kakor from 1945, Sweden’s most popular book on baking, Prinsessornas has more almonds. Wise suggestion. Famous konditori Vete-katten’s recipe for farmer cookies is also similar, although slightly less sweet and with less almonds.

So, eaten (sneakily) straight from the cookie jar? Served with a glass of milk of your choice? Crumbled over ice cream? The humble bondkaka is your faithful friend. Makes about 45 cookies

Ljus sirap is a golden syrup made from sugar beets. Brands like British Lyle’s golden syrup will work well, or some Germany golden syrups, “Zuckerrübensirup”. I’ve seen light treacle suggested as a substitution, although I haven’t tested it.

If you don’t have bicarbonate of soda, use twice as much baking powder instead and mix it into the flour.

Want to play with the recipe? Some of my favorite variations include toasting the almonds, using hazelnuts instead, substituting some of the flour for oat flour, or adding spices.